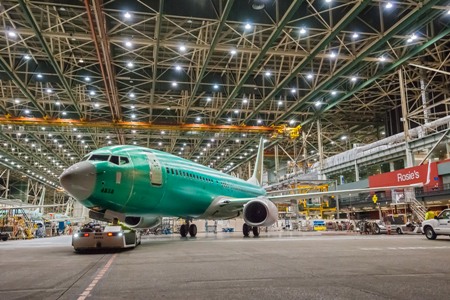 Boeing Rolls Out First Next-Generation 737 at Increased Production Rate – Mar 20, 2014– Renton, USA (Techreleased) – The first Boeing Next-Generation 737 to be built at the increased rate of 42 airplanes per month rolled out of the factory in Renton, Wash. yesterday. The 737-800 will soon be delivered to Air Berlin and ultimately leased to Transavia France. The airplane will now undergo functional, systems and flight testing over the next three weeks before being delivered.

Market demand remains strong for the Next-Generation 737, the world’s best-selling commercial jetliner. Since 2010, production has risen about 33 percent, from 31.5 to 42 airplanes a month. As previously announced, the production rate is scheduled to increase to 47 airplanes a month in 2017.