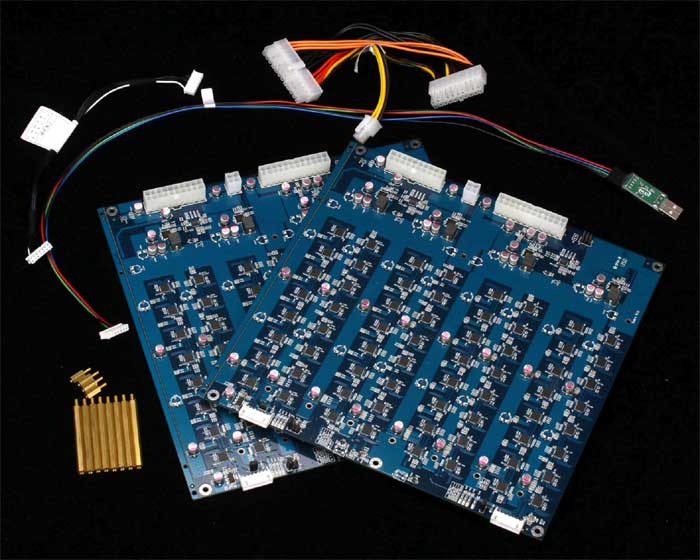 BIOSTAR Ready to Launch Motherboards with Built-in ASICS – Mar 18, 2014– Taipei, Taiwan (Techreleased) – BIOSTAR is now readying a crypto currency (such as Bitcoin) mining motherboard, the BTC-24GH, with 64 ASICs on-board that offers 24GH/s performance which is equivalent to more than 30 ATI 7970 graphic cards. The product is now ready to ship, and BIOSTAR is planning to build up professional operation sites in specific countries. In the Bitcoin world, a “mining rig” is a computer system used for mining bitcoins or other crypto currencies. It can be built specifically for mining or it could be your everyday computer for gaming and surfing, and is used to mine only on a part-time basis.

With the rising price of Bitcoins, GPU mining can theoretically be profitable. What you need is a system that can do enormous amounts of mathematical calculations. Up till now, the best way to do this is the GPUs in graphics cards. Now there are ASICs (Application-Specific Integrated Circuit). ASICs are good at one thing only, solving mathematical hash functions. In this case, their strong hashing power and low power usage, making it very efficient to use.