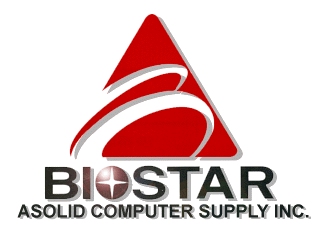 BIOSTAR Launches Three Versions of AMD’s AM1 Motherboards – Mar 24, 2014– Taipei, Taiwan (Techreleased) – BIOSTAR introduced a trio of Socket LGA AM1 motherboards for AMD “Kabini” SoCs, the small form factor AM1MHP, AM1MH and AM1ML. These are the first AM1 boards out of the door by BIOSTAR. The AM1MHP uses a narrow micro-ATX form factor and the AM1MH and AM1ML are based on the mini-ITX standard, with a second add-on card slot, with the AM1ML lacking an HDMI port. All three boards draw power from a combination of 24-pin ATX and 4-pin CPU power connectors, and use a 2+1 phase VRM to power the CPU. They feature two DDR3 DIMM slots, a single PCIe 2.0×16 slot, a single PCIe 1x slot, and feature two SATA3 ports.

The AM1 socket is wired to two DDR3 DIMM slots, a PCI-Express 2.0×16 slot, a PCIe 2.0 x1 slot, and a legacy PCI. A couple of SATA 6GB/s ports provide storage connectivity. Display outputs include D-Sub and HDMI. Also included are legacy ports, such as COM and LPT, through headers.  The AM1MHP features an additional PCI slot, which the AM1MH and the AM1ML lack. The AM1MHP and the AM1MH feature VGA and HDMI ports as display outputs, while the AM1ML lacks the HDMI port.

All three boards have the BIOSTAR exclusive features of BIO-Remote2 Technology and Charger Booster.  BIO-Remote2 gives users a better Home Theater environment. Users who own either Android or Apple mobile devices are able to access and control the PC remotely. You’re smart device can become an intelligent and functional remote control. Moreover, BIO-Remote2 also includes both the function of mouse pad and power point presentation modes.

The Charger Booster function is a high powered charging solution for Apple or Android devices such as iPad, iPhone and Android phones and tablets. Charger Booster Technology is able to boost the charging time to be more efficiency and faster once any mobile device is connected to the motherboard. With Charger Booster technology, you are able to charge your devices up to 42 % faster.