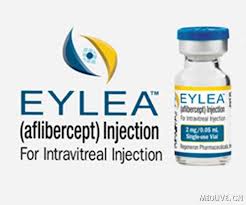 Bayer Receives EU Approval for EYLEA in Diabetic Macular Edema – Aug 11, 2014– Berlin, Germany (Techreleased) – Bayer HealthCare announced today that EYLEA (aflibercept solution for injection into the eye) has been approved by the European Commission for the treatment of visual impairment due to diabetic macular edema (DME). Bayer plans for an immediate roll-out with Germany being one of the first launch countries in Europe. “The approval of EYLEA in Europe in this important indication is great news for the increasing number of patients suffering from visual impairment due to DME,” said Dr. Joerg Moeller, Member of the Bayer HealthCare Executive Committee and Head of Global Development. “This is an important step that further demonstrates our commitment in ophthalmology to bring new treatment options to patients suffering from serious ophthalmologic conditions.”

“The results of two phase 3 studies were very encouraging with the majority of patients with visual impairment due to diabetic macular edema experiencing a significant two-line improvement in visual acuity with aflibercept solution for injection,” said Prof. Jean-Francois Korobelnik, Principal Investigator of the VIVID-DME trial and Chief of Ophthalmology, CHU Bordeaux. “Early diagnosis of DME is critical, and if not treated rigorously, there is a high risk of DME leading to blindness.”