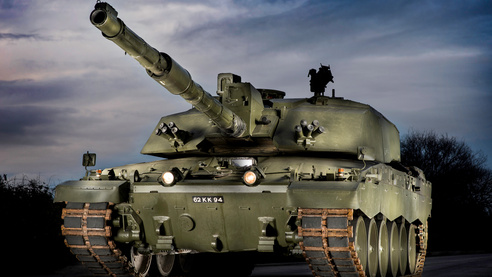 The work will help protect the capabilities of the British Army now and into the future. The contract, which sustains around 100 jobs at Telford, Shropshire and other UK sites, commenced on 1 January 2015 and covers a wide range of armoured vehicles in the fleet, including light, medium and heavy armoured vehicles.

The innovative contracting arrangement merges existing support contracts into a more efficient and effective agreement. Under its terms, BAE Systems – which maintains design authority – will continue to provide support to Warrior; Titan; Trojan; Panther; Bulldog; Combat Vehicle Reconnaissance (Tracked); the Challenger Armoured Repair and Recovery Vehicle (CVR(T)) as well as the main battle tank of the British Army – Challenger 2. The Company’s unique engineering expertise in the upgrade and support of complex military vehicles is unparalleled in the UK with engineers holding specialist knowledge, skills and capabilities in areas such as survivability, combat engineering, vetronics (vehicle electronics) and product safety. The work will be carried out predominantly in Telford, Shropshire, with engineers from Newcastle and Filton, Bristol supporting the heavy armoured vehicles and Panther respectively. Trials work will take place at MOD test sites such as Bovington in Dorset.

David Bond, Managing Director for BAE Systems Combat Vehicles (UK) said: “BAE Systems is proud to support the armoured fighting capability of the British Army. As the design authority for over 85% of the British Army’s in-service armoured vehicle fleet, this innovative long-term contract offers the Company and the MOD a new partnering approach to vehicle support.”

The contract award was announced today by Philip Dunne MP, Minister for Defence, Equipment, Support and Technology at a Motorsport Industry Association (MIA) event hosted by BAE Systems site at its Telford site. He commented: “This contract helps ensure that we sustain a battle-winning Armoured Vehicle Fleet and represents an important investment in armoured vehicles capability within the UK defence supply chain that safeguards UK engineering jobs.

“It is also essential that we deliver high-quality equipment and services at the best possible value for the taxpayer and are able to meet any future capability challenges.”

As the original designer and manufacturer of the vehicles named in the contract and with experience of more than 200 urgent operational requirement upgrades, BAE Systems is well positioned to ensure the vehicles continue to perform to the high specification required by the British Army. With a unique understanding of the UK’s vehicles, this contract award will ensure that BAE Systems’ vehicle business continues to invest in new technologies, facilities and people and is in the best position to win future defence contracts that will deliver benefits for the MOD and the British Army.

BAE Systems Combat Vehicles (UK) employs more than 450 personnel in the UK and has consolidated its activities at Telford where it employs 292 personnel. The Company has  also established a new engineering facility at Newcastle, in addition to maintaining its existing support office at Filton, Bristol and field support representation at Bovington and other customer locations.