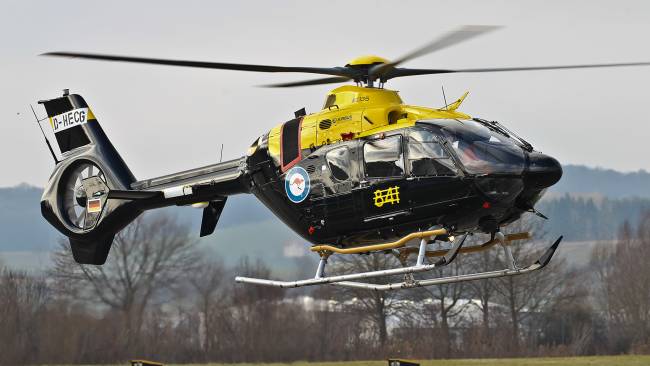 Under the HATS project, a joint training scheme for both Army and Navy aircrew will utilise some 15 Airbus Helicopters EC135 T2+ trainers, along with EC135 flight simulators and a new flight-deck equipped, sea-going training vessel.

Boeing Defence Australia (BDA) is the prime contractor for the new training system, partnered by Thales Australia which will provide the flight simulators.

The first EC135 T2+ (Serial Nbr.1179) took off from the Airbus Helicopters’ production site in Donauwörth, Germany, where the helicopter is assembled at 14.37 local time on 16th January and landed back on site 57 mins later.

The Airbus Helicopters Flight Test Department reported the successful first flight had validated the full performance of the aircraft’s systems and engines, and that future flights would test specific customer equipment.

Said Peter Harris, Airbus Helicopters Head of Sales – Australia Pacific: “At Airbus Helicopters we are thrilled to have reached such a fantastic milestone in only two months from contract signing last November. This clearly demonstrates the commitment that we have towards supporting Boeing Defence Australia in meeting the ADF’s needs for training all future combat helicopter aircrew for the Royal Australian Navy and the Australian Army. We will take all of our milestones just as seriously.”

While the EC135 T2+ is a civil design helicopter, it has also proved to be a consummate military trainer. With a high-visibility glass cockpit, multi-axis auto-pilot and the performance and safety of a twin-engine helicopter replacing current single-engine types, it is similar to the multi-role and combat helicopters now in service with the ADF – including new-generation Tiger ARH and MRH90 helicopters – and meets all training, technical and safety requirements for future Army and Navy aircrews.