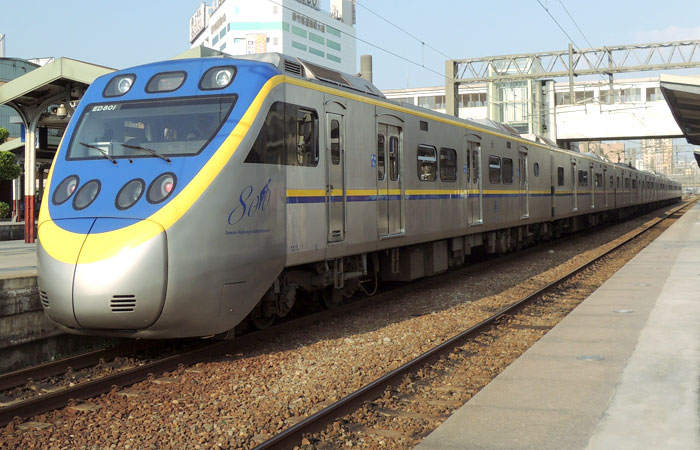 The order is for complete sets of traction system electrical equipment such as transformers, power converters and traction motors, primarily for commuter trains that run on a train line along the west coast of Taiwan approximately 430 km long.
Two types of transformers will be delivered: the forced air cooling type, which supplies power to both the auxiliary power units and power converters that drive and control traction motors and which have been used by the TRA, and the compact self-cooling type, which supplies power only to a power converter.
Moreover, the power converters comprise a three-level PWM*1 converter and a three-phase voltage-type two-level VVVF*2 inverter that utilize IGBT*3 components and have been used by the TRA for the commuter train EMU800 series, and employ a control system suitable for the TRA’s unique speed command system to ensure high reliability and save energy.

In 2015, the TRA announced a 10-year plan to invest 100 billion Taiwan dollars (approx. 360 billion yen) in purchasing over 1,300 new rolling stock units, and is currently in the process of carrying out that plan. TISS will focus on Taiwan as a major market for railway business operations and will continue to carry out marketing activities in Taiwan.