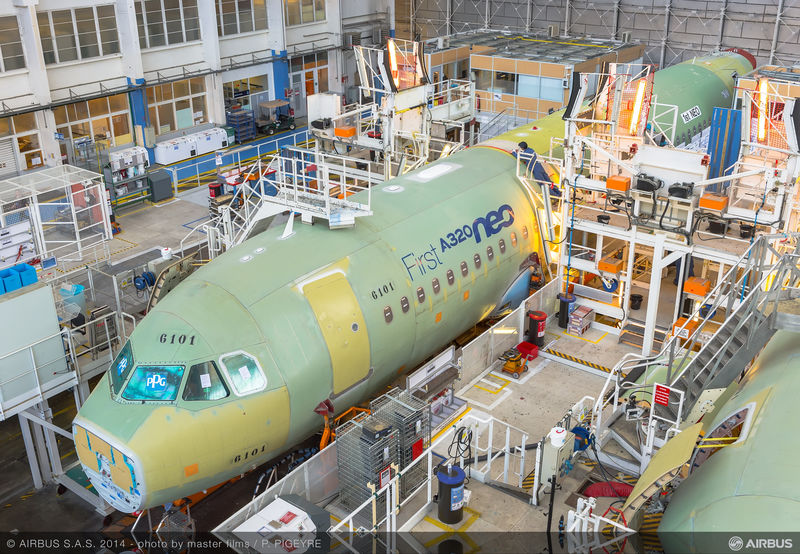 Airbus starts final assembly of best-selling A320neo – Mar 17, 2014– Toulouse, France (Techreleased) – Airbus has started final assembly of the first A320neo at its Final Assembly Line (FAL) in Toulouse (France), with the join-up of the forward and aft fuselage sections which recently arrived from St. Nazaire in France and Hamburg in Germany respectively. The A320neo first flight will take place in Q4 2014 and first delivery in Q4 2015. The A320neo “new engine option” incorporates many innovations, including latest generation engines and large Sharklet wing-tip devices, which together deliver 15 percent in fuel savings and a reduction of 3,600 tonnes of C02 per aircraft per year. With a total of more than 2,600 orders received from 50 customers since its launch in 2010, the A320neo Family has captured some 60 percent of the market, clearly demonstrating its leadership.