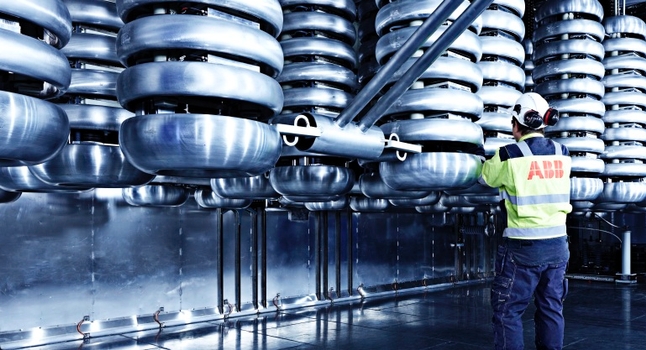 ABB wins $155 million order to power large North Sea oilfield – Mar 16, 2015– Zurich, Switzerland (Techreleased) – ABB, the leading power and automation technology group, has won an order worth $155 million from Norway’s Statoil to supply systems and equipment to two HVDC converter stations linking the recently discovered Johan Sverdrup offshore field with the onshore grid. The contract has been booked in the first quarter of 2015. Oil production at Johan Sverdrup, located west of Stavanger on the Norwegian continental shelf (NCS), is expected to start in late 2019. Full production is estimated at 550,000-650,000 barrels of oil equivalent per day, which would constitute 40% of total oil production on the NCS. The four platforms that make up the first phase of the development will be entirely powered from shore by the HVDC link supplied by ABB. The first phase of power-from-shore investments will prepare for the future development of the Johan Sverdrup field, as well as other fields located at Utsira High until 2022.

“We are very pleased to be continuing our successful relationship with Statoil by delivering a third HVDC power-from-shore link,” said the president of ABB’s Process Automation division, Peter Terwiesch. “Using onshore electricity to run these oil platforms will eliminate the need for local gas-turbine power generation, significantly lowering CO2 emissions as well as operating and maintenance costs. This order underlines ABB’s broad offering across the entire oil and gas value chain and reflects our focus on accelerating organic growth by increasing our customer focus.”

ABB will design, engineer, supply and commission the equipment for two ±80 kilovolt 100 MW high-voltage converter stations. One will be located onshore at Haugsneset, where it will turn alternating current (AC) from the grid into high-voltage direct current (DC), which can be transmitted efficiently over 200 km to the second station which is on one of the oil platforms. There, the DC current will be converted back into AC and distributed to the rest of the field.

ABB’s solution will utilize Voltage-Sourced Converter (VSC) technology, called “HVDC Light,” to provide flexible, long-distance transmission of electricity. This technology has enabled ABB to win all four HVDC power-from-shore systems that have so far been ordered in the North Sea: Statoil’s Troll A, compressor 1 and 2, delivered in 2005; BP’s Valhall field, delivered in 2011; Troll A 3 and 4, currently under delivery; and now Johan Sverdrup.

ABB pioneered HVDC transmission 60 years ago and has been awarded about 100 such projects. This adds up to a total installed capacity of more than 120 GW, or about half the global installed base of HVDC. In the 1990s, ABB further developed the technology by using voltage-sourced converters, a breakthrough which later became HVDC Light.

VSC-HVDC links are increasingly being deployed to connect remote renewables to consumption centers, and to enable cross-border connections, power-from-shore links and city-center in-feeds, where space is a constraint.