Home Blog 5 Futuristic Aerospace Trends That Are Here Now or Right Around the... 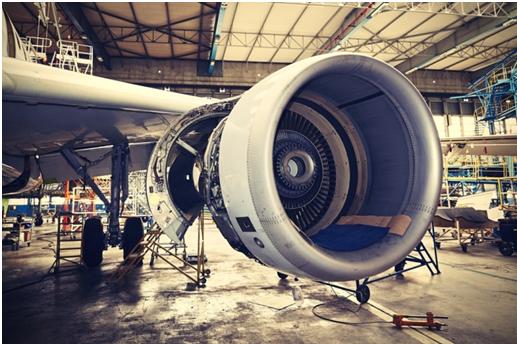 The future of aerospace, in many ways, has never been brighter or more diverse. More and more people, aircrafts, and drones take to the skies every year, and the ways in which they’re doing it keeps expanding, evolving, and surprising. Regardless of how much time you’ve spent in the industry, the changes that are currently underway are impressive. Some are exciting. Some are daunting, and they all seem in keeping with an industry that has always been on the cutting edge of everything from technology to design. Here is a brief look at just a few of the trends affecting the aerospace industry—some of which have already arrived and a few that are imminent. Whether you need custom fabric buildings for temporary or greener hangars or parts for your fleet of Cessnas, as major aircraft makers continue to ramp up production needs, it’s going to affect everyone. Technology never sleeps and neither does its evolution. As companies work to stay ahead of this reality, the aerospace supply chain is going to rattle and shake with growing pains as everything from how long it takes to get what you need to how much it costs is in flux.Regardless of where you sit within the industry, it’s going to be increasingly essential that you monitor your supply chain and keep it as streamlined as possible so that the changes afoot end up affecting your day-to-day operations as little as possible.

Aircraft these days are powered by increasingly intricate and complicated code that’s entirely dependent on the system it’s working within. In other words, you can’t be a software engineer who writes aircraft code without also being someone who knows the hardware it’s running inside and out. Also, the software can’t have the occasional bug in it, as a glitch in the system is literally a matter of life or death.

Software has been incredibly important to the aerospace industry for a long time, now, but as tech and the industry both evolve, that reality is just getting truer and more complicated. Keeping qualified people around to do the heavy lifting of ever-evolving code and hardware is going to be increasingly difficult. Maintaining systems is, too. While the software running aircraft has been a boon to the industry, it’s also creating a lot of potential trouble spots.

Keeping up with the Joneses has led to a lot of change within the aerospace industry, and that change will likely continue. Because the change has been so rapid, there has been a lot of failure in regards to program management. Whether due to system integration problems, poor judgment, a decrease in skilled labor, or other reasons, the industry needs to improve program management or it won’t be able to keep pace with the rate of change. Thanks to technology, many of the ways in which the aerospace industry used to approach program management have gone the way of the dodo. Adaptation is sorely needed.

It’s not here yet, but the likelihood of people flying—whether via jet pack or flying car—is becoming more and more possible. While there certainly are hurdles that need to be overcome until personal flight is safe enough to become a “normal” things people choose, the most fascinating part of this potentiality is the air traffic control needs that will emerge. While the skies will never be as clogged as D.C. at rush hour, the need to keep individuals safe in the air space will be a pressing one. How the FAA maneuvers that hurdle will, in large part, determine how popular the practice of solo flying gets.

Big data and analytics are generating droves of information in just about every field and industry known to humankind, and the aerospace industry is no exception. Massive amounts of data are being generated and collected, but there isn’t yet a consensus on what is to be done with it. The industry needs to determine everything from how to sort through the information being compiled to how to deliver it and make decisions from it. It’s going to be a very large undertaking, and no one yet knows the insights it will yield. For the aerospace industry, the future has always been now, and the current trends bear that out as well. While the challenges are many, the future of the industry will, at the very least, be a fascinating one to help shape.