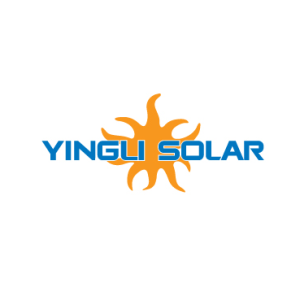 The two projects will have a combined capacity of 25 MW and are located in the cities of Baoding and Xingtai of Hebei Province. The Company’s wholly-owned subsidiary, Yingli Energy (China) Company Limited (“Yingli China”) enjoys 100% economic interest in the projects through exclusive agreements with the projects’ developers and will be entitled to all economic benefits from the projects after their completion. The total investment in the projects are expected to be more than RMB 200 million (USD 33 million), approximately 75% of which will be funded by committed loans from domestic banks and approximately 25% of which will be provided by Yingli China. The two projects have received relevant grid connection permissions. Yingli Green Energy will supply the PV modules to be used in the projects. The projects are expected to be completed and connected to the grid at the beginning of the third quarter of 2014. Once completed, they will generate approximately 28,700 MWh per year, which is equivalent to offsetting the consumption of 9,300 tons of coal and cutting CO2 emissions by more than 28,700 tons over the systems’ 25-year lifetime.

“We are thrilled to continue expanding our downstream business,” commented Mr. Yiyu Wang, Chief Financial Officer of Yingli Green Energy. “These projects will further consolidate our leading position in the industry not only as a PV manufacturer, but also as a solar energy solutions provider. In the meantime, we are in talks with a potential buyer on sale of the projects to such buyer after their completion.”