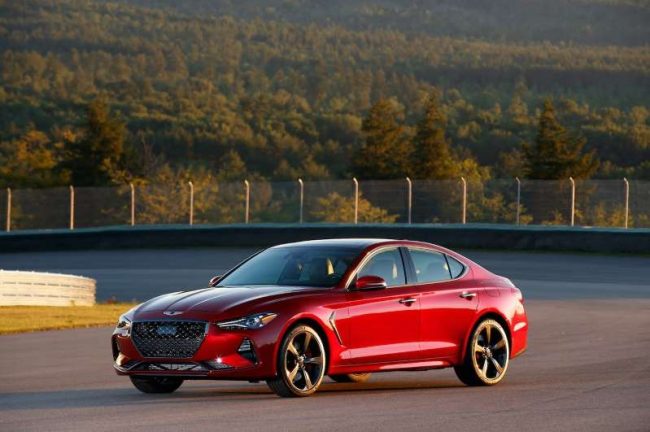 2019 Genesis G70 First Drive – July 18, 2018 – Seoul, Korea (Techreleased) – Rumor has it that the traditional four-door sedan is in the throes of a prolonged death spiral, squeezed into irrelevance by crossovers on one end and EVs on the other. But apparently Genesis hasn’t gotten the memo. Although its own SUVs are right around the corner, the 2019 G70 comes ready to stake a claim in the still-breathing entry sport luxury sedan market on its own terms.

It’s a risky yet necessary gamble on the part of Genesis, which launched about three years ago as a standalone luxury brand above parent company Hyundai. With the G70, Genesis is aiming straight for the middle of a crowded pool filled with German and Japanese competition.

The G70 looks to stand out by straddling a line between athleticism, refinement, and elegance. As if that weren’t enough, the Genesis also tries to deliver an authentic character, as well. So in reality, it’s less of a straight line and more the challenge of a classic Venn diagram. It is possible to achieve all four qualities without compromise?

The front end is less successful, bowing to the very themes it studiously avoids elsewhere. Despite the angry angles and sporty stance, I can’t help but think I’ve seen all of these design cues before. All that seems to vary is the shape and size of the grille from one make to the next.

Both engines are mated to an 8-speed automatic which delivers shifts without drama, and there’s even a mechanical limited-slip differential (standard on 3.3T and 2.0T manual, optional on 2.0T RWD). All-wheel drive can be had on either engine. Feeling a bit rebellious? Engage Drift Mode on either drive system and light up the rear wheels in a cloud of rubber vapor.

Given the importance of the segment (and the fierce competition), Genesis has one chance to make its impact felt. And we’re happy to say that for the most part, it’s succeeded. If Hyundai’s luxury arm can nail this whole image thing—and given the talent involved, there’s a good chance it will—the G70 will be instrumental in establishing Genesis as a luxury brand with a distinct identity.