Oct 03, 2012–New York City,USA (Techreleased) –Coming this fall, the Hostage Negotiation Map Pack DLC for Max Payne 3 will bring four new multiplayer maps into the fold – all specially designed for online action – along with a range of new Items and weapons plus the Filhos De Ogum avatar faction. 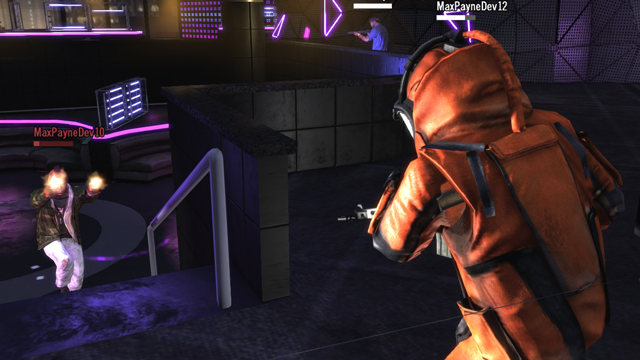 Protect yourself from explosive damage with the new Bomb Suit.

The Club Moderno and Estádio Do Galatians maps are being designed to deliver intense nightclub and stadium shootouts reminiscent of Max’s earlier dust-ups with some of São Paulo’s most dangerous elements like the Comando Sombra and the Crachá Preto.
Meanwhile, the O Palácio Strip Club and Favela Heights maps introduce to multiplayer all new, highly detailed favela territories from Max’s descent into the gang-infested neighborhoods of the city. 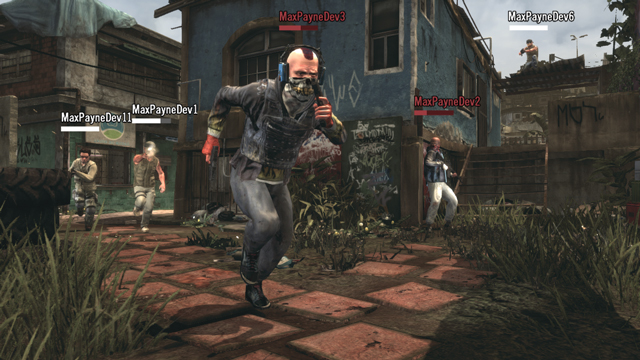 Slow down your opponents’ reload time with the new Intimidation Mask item.

The Hostage Negotiation Pack will also include two new weapons: the M24 Sniper Rifle and the IA2 Assault Rifle, the new Explosive Burst for explosive booby traps, the Bomb Suit item to protect against explosive damage and the Intimidation Mask item to cause slower reload times for your enemies.
The pack will be available later this fall for 800 Microsoft Points on Xbox LIVE or $9.99 on PlayStation Network and PC (Rockstar Pass owners of course will receive it, and all other future packs, free of charge).
Our apologies to Max Payne fans who’ve been waiting for this one and the other upcoming packs – we’re working hard to bring you this and all the other DLC and should have a release date to announce for this next pack very soon. As a special thank you to all Max Payne 3 multiplayers for your support and patience, look for the release of an all-new chrome weapons bonus, which will be redeemable by all Social Club members free of charge. We’ll have more info when the unlock becomes active later this week.